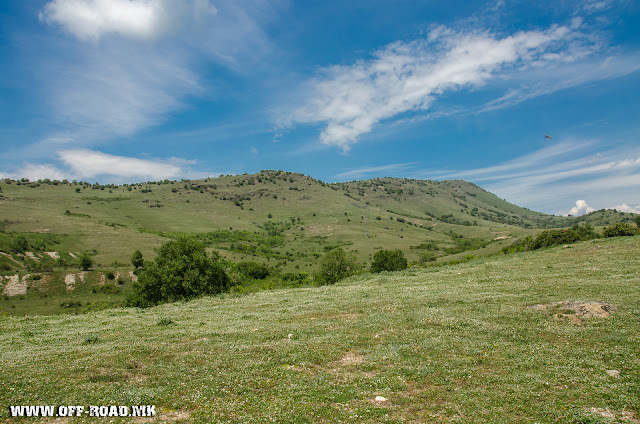 On the left side of the road, driving towards Makovo village, the famous Hill 1050 can be seen which was an important strategic position on the Macedonian front during World War I. The landscape we are crossing now, more than 100 years ago was a bloody battlefield, and still today many remnants of war such as trenches, bunkers and backlogs of war material can be found in the area. What is interesting about Hill 1050, is that many soldiers from both warring sides, from many countries fought and gave their lives for its conquest,. Serbs, French, Russians and Italians as part of the Entente armies, and Germans, Bulgarians as part of the Central Powers armies. Many Macedonians also fought and were killed, as soldiers mobilized within the opposing Serbian and Bulgarian armies.