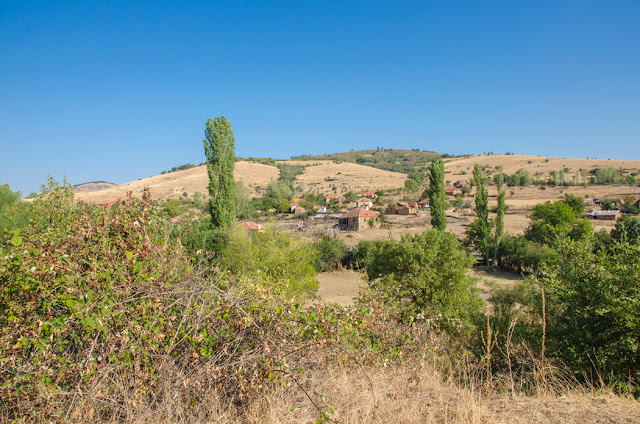 Makovo village is settled at an altitude of 850 meters and it is the first village we encounter in Mariovo region. Some believe that the name of the village originates from the name of its first inhabitant “Mako”, and others say that the name comes from the word “Mak”, a Macedonian word for Opium poppy, which was cultivated in many places in Macedonia in the past. The opium poppy was brought in Macedonia during Turkish rule, and according to some records it was cultivated since 1835. Soon after it became one of the most important crops in Macedonia. Macedonian opium was of the highest quality in the world, due to its rich content of morphine.

There were 160 residents in Makovo village in the year 1568, and during the First World War the village was demolished since it was on the actual front line. The temple dedicated to St. Archangel Michael built 1860 was also demolished, but later in 1926 it was re-built and was dedicated to the Holy Resurrection.
The monastery dedicated to Saint Paraskeva was built and consecrated in 2002.